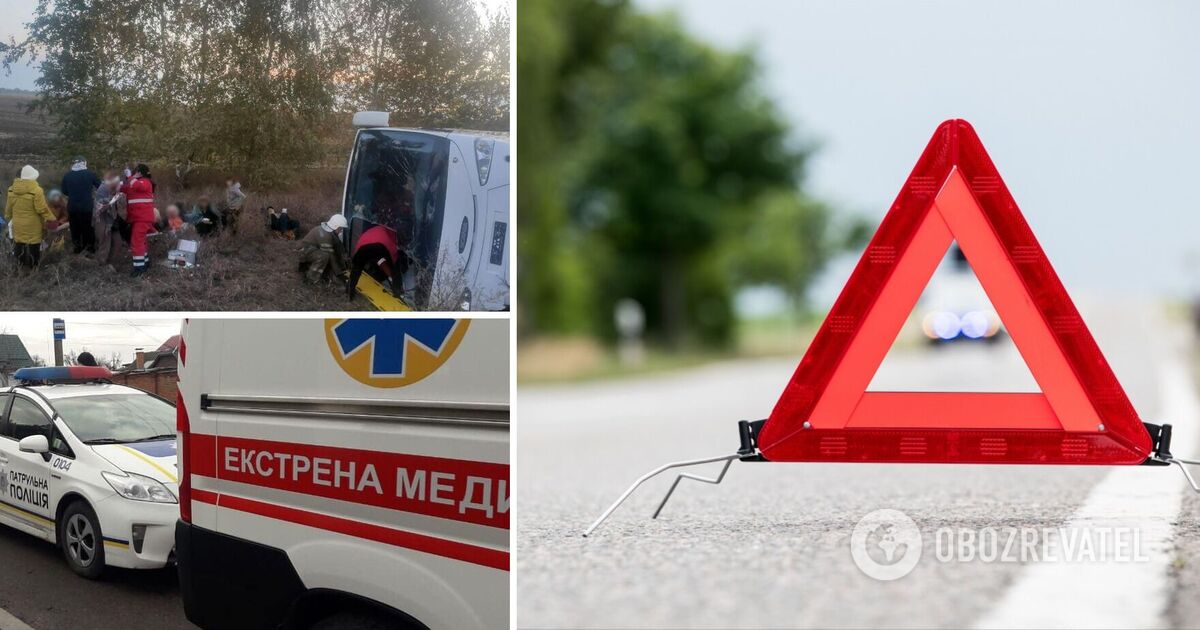 On the morning of Monday, October 11, on the highway Kiev – Kharkov – Dovzhansky in the Poltava region overturned a bus with 24 passengers. Eleven of them received injuries of varying severity.

The accident took place at about 06:40 on 174 kilometers of the highway near the village of Karpilauka, Lubny district. This was reported by the Poltava police communication department (To see the photo, scroll to the end of the news).

The bus, driven by a 56-year-old man, was traveling from Luhansk region to the capital. At one point, the vehicle veered off the roadway and overturned on its side.

video of the day

At the time of the accident, the bus had two drivers and 22 passengers. Ten of them and the driver needed medical attention. Doctors rushed her to the scene and then hospitalized her.

Law enforcement officers clarified that the severity of the injuries is being determined.

An investigative task force of the police worked at the scene of the accident, its circumstances and reasons are being clarified. The issue of entering information into the Unified Register of Pre-trial Investigations under Art. 286 (Violation of traffic safety rules or operation of transport by persons driving vehicles) of the Criminal Code of Ukraine.