Andrés Calamaro, intimate: "In the past two years I have found myself" 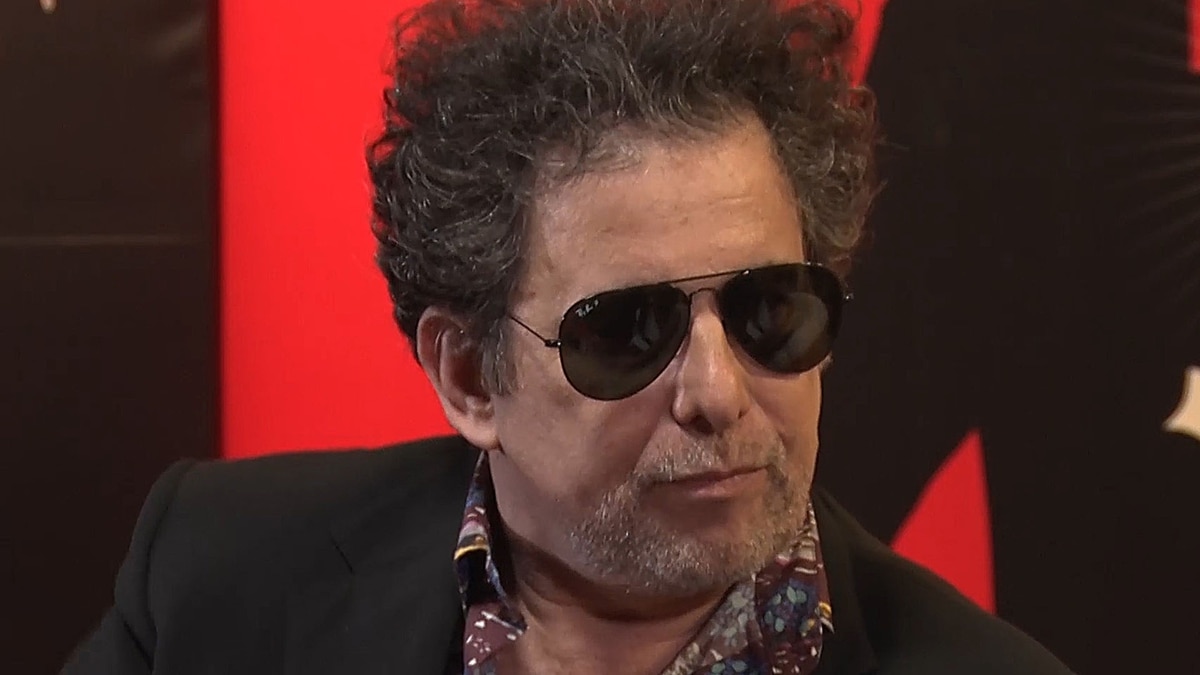 –What prompted you to release this new album?

-This is a good question because we recorded another album, a very long production because it involved special guests, so it didn't depend on us when the album was finished. And we made the album a little and well, I started writing lyrics and sending tablets by mail at night as soon as I wrote them to my partner Germán (Wiedemer), who wrote the song with me. Then this year we began to find songs and we began recording models, sketches, what was known as a demo. We were greatly helped by very good musicians who were called Martín Pomares, who plays the guitar and that gives a good sound aspect to this homemade recording.

-Today, what are you singing?

-This is a good question. Many things triggered me to write a letter. For example, I like to meditate on the Bible but from a non-religious or theocratic perspective. And there I found some interesting moments: I have my own theory, my deviations about the Bible. I was also very interested in World War II. And sometimes, phrases. For example, I went to a shop in Palermo where I like to buy recordings, on Calle Honduras, and I arrived and I found a sign that read: "I'll be back in five minutes." That night we wrote "I'll be back in five minutes". These songs are left from the album, but there you have a recorded phrase.

-In the song "Las rimas" you said: "Love on Ibuprofen days has coverage but does not fill". ¿Why is that?

– My original phase is talking about love at Netflix times. In the past it was said that when the lights were cut off and there was no television, nine months later many children were born. Because it's not a joke to watch TV. And love in Netflix time, right? I mean, visual leisure, on cellphones, on tablets; it's much easier to stay alone at home. Even many times someone says, "I want to go home to do these things calmly".

-God. You know it At the age of 57, a man does not remain single, he remains alone. One thing is single and the other thing is loneliness. And with 56 years, yeah, in the past two years I have found myself. And loneliness began to convince me; That convinced me, yes.

– I convince myself. That is, alone it's comfortable, how to wear the same pants several days in a row. Evidently, love makes us vulnerable. I think you must remember that love is also a word. That is, Talking too much about love and we don't really know what love is. The heart has a very noble and very important function which is circulating blood through our body. The heart is beating for 200 years, but no human body holds the heart. I believe that the heart is enough so that we can make it responsible for our emotional disadvantages.

-Other than your songs talk about being forbidden as a way of life. Is that so, does that represent you?

– He represents me, but I don't know if he thinks of me. I think when I write the sentence I think about feminine power to get something.

-No, no, I better not explain it … And I'm not talking about feminist empowerment, no; I talk about a woman's ability to get things with charm. For example, I don't know … Mata Hari.

– Do you often fall into that trap?

-I do not know. Once or twice it is enough to have experience and write songs.

–¿How do you think you developed as an artist?

-When I started I didn't consider myself a lyricist, moreover. At first, when I was young, I wanted to be an acceptable musician to be able to play with other great musicians. And well, I really can play next door Beto Satragni, a great Uruguayan musician, then together Miguel Abuelo, Charly García. My skills are keyboard, or being a good element, good friends on tour, can sing; everything helps a little. Making lyrics, making songs, is another area that only plays the keyboard. And it becomes, without exaggerating the importance of the word, an artist. This is one thing to put your talent in someone's talent service, and another thing is to record your own notes. So I'm writing bigger lyrics. The first album that has 100% of my lyrics is Nobody comes out alive from here, which was recorded in 88. It seems like a lot, but 30 years ago I wasn't a teenager anymore; I have 25 long …

– And at that time you were afraid of something?

– Afraid? Fear of the police has passed. I was a teenager in a very difficult time in our country, when I lived under the terror of cruel military dictatorships and children who did not work in politics suffered a lot of citizen pressure. Walk at night, go to recitals with friends, anything can happen. And indeed: sometimes something happens. I was 16 years old when I recorded an album for the first time. And I remember the day we signed the contract symbolically, we walked back to celebrate. And that day they took me for the first time to a creepy police station, Drug Addiction Section, on Calle Huergo, now known as Puerto Madero. I don't know if I feel scared but worried, maybe a little paranoia too. This was the time when we did not say family names to anyone: "Andrés", "Andrés", so they would not put us with a first and last name on an agenda that could end in the hands of the Police. It seems very complicated but it is our daily life. And I learned not to be afraid.

-But for personal, fear that your songs are unknown, afraid that your career will be short? Have you ever thought about that?

-Don't imagine that success is your career …

-No, no. All he wants is to record an anecdotally note before the age of 20 and can say: "I've recorded a note!". From all the surprises, the trust of Miguel, from Charly, respect from all my colleagues. We know each other … not 1000 years but 900, right? 40 years old We lost many colleagues in battle but there were many of us who were still together.

-What is the most difficult for you to achieve?

-This is a complicated question to ask someone who respects minimum business law almost as the only law. I mean, me I suffer from severe insomnia, then travel and tours are not difficult but they are also not easy, because I am not a person who supports themselves like this and has gone to bed. Difficulty sleeping after recital; that's difficult. First you spend two hours with television without volume before you take off your clothes. This is the first thing that happened. That's difficult. Maybe I should think about things that are very difficult, right? But look, fortunately you ask me about something difficult and I don't know what to answer. The difficult thing is to be able to answer you. I do not know

– Do you care what they think about you?

-And … I'm already a little armored. I mean, my artistic and political tendencies, I know that can upset many people. However, I feel accompanied by intellectuals and good friends, people who are important to me agree with me, I think …

-Well, that's something that happened to me more in Spain than here. My defense of the integrity of bullfighting, I do not know whether it will be understood here. I am Argentine but I am also Spanish and I am very proud. However, I like that in Spain there is a King, I like going to see bullfighting. But all of this is good in Spain They put me a little to the right of the spectrum and accused me of fascism, which made no sense. I laugh: I was educated in socialism, in feminism, as an atheist … But I have no problem.

–¿Doesn't this happen to you, in Argentina?

-See, in between Among the many barbarities he said, (Domingo Faustino) Sarmiento said some very good things, like that he wakes up every day waiting for his opinion to provoke rejection and rejection. He is a very interesting person outside saying some things that sound so bad today … But I mean, I have to be proud of people who criticize me because they criticize me for things that I believe, because I am friends, for things that I defend. Then I like that they talk badly about me because I believe in me, and I don't interfere with failure because I don't know what success is anymore. Y On the day I failed, I will use it for creative pleasure. On the day I failed, I would take the time to write more songs.