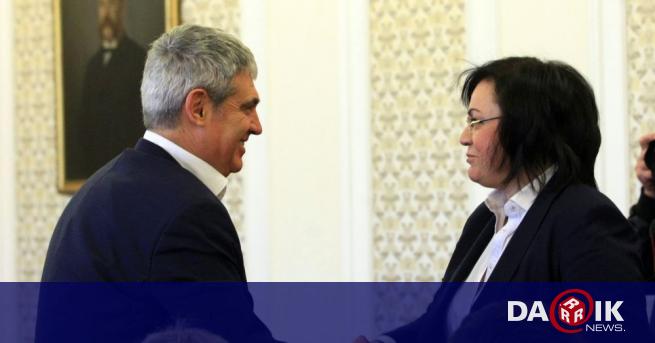 
Leadership KSCN met with the BSP parliamentary group. After the meeting, union presidents and Socialist leaders shared consensus and differences in next year's budget.

"We share our assessment that this is a good budget, the best that Borisov did. Here we will go with BSP. There can be a better budget," said CISB President Plamen Dimitrov.

CITUB believes that around 40% reallocation through the GDP budget is needed, so that it approaches the overall vision of BSP, that more redistribution is needed to fund social systems such as education and health.

In connection with the pension policy of PT CITUB sees stabilization in total revenue in the SSS budgetwhich, according to unions, sacrifices a large part of the declared income and payments for more insurance. "We expect around 700-750 million more in the SSS next year, which unfortunately will not make the increase in pensions needed." The 5.7 percent increase planned at the time they will be received will be eaten by inflation and retirees for the most part will not be compensated for what happens on the market and price increases, "said Plamen Dimitrov.

He commented that CITUB supports the provision of Christmas supplements for retirees, the initiative for this supplement is also a union, reminding CITUB leaders.

In turn, BSP leader Cornelia Ninova said they did not share CITUB's assessment that this was the best budget for the past 10 years. "There is an increase in spending on the budget, but the question is what are the effects of this increase," Cornelia Ninova said. According to Ninova, it is important to answer how through these costs will improve health, how inequality will diminish.