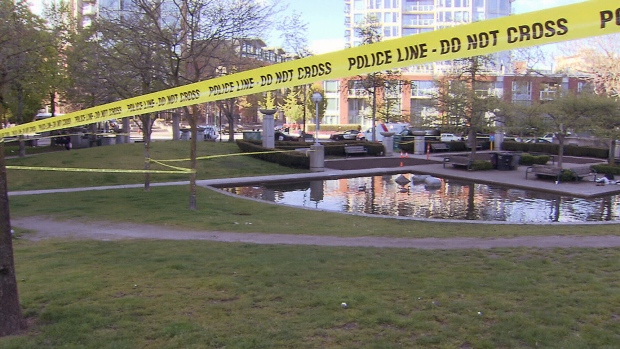 
A man in his 50s was taken to hospital Monday after daylight stabbing in Vancouver park.

Few details have been provided, including whether investigators have a suspect in mind, but the Vancouver Police Department said no arrests had been made.

Blood was visible on the ground in the area where the attack took place, and a pair of scissors was spotted nearby.

Shoes and clothes were also seen in the area around the park benches.

About half of the park disguised as officers investigated.