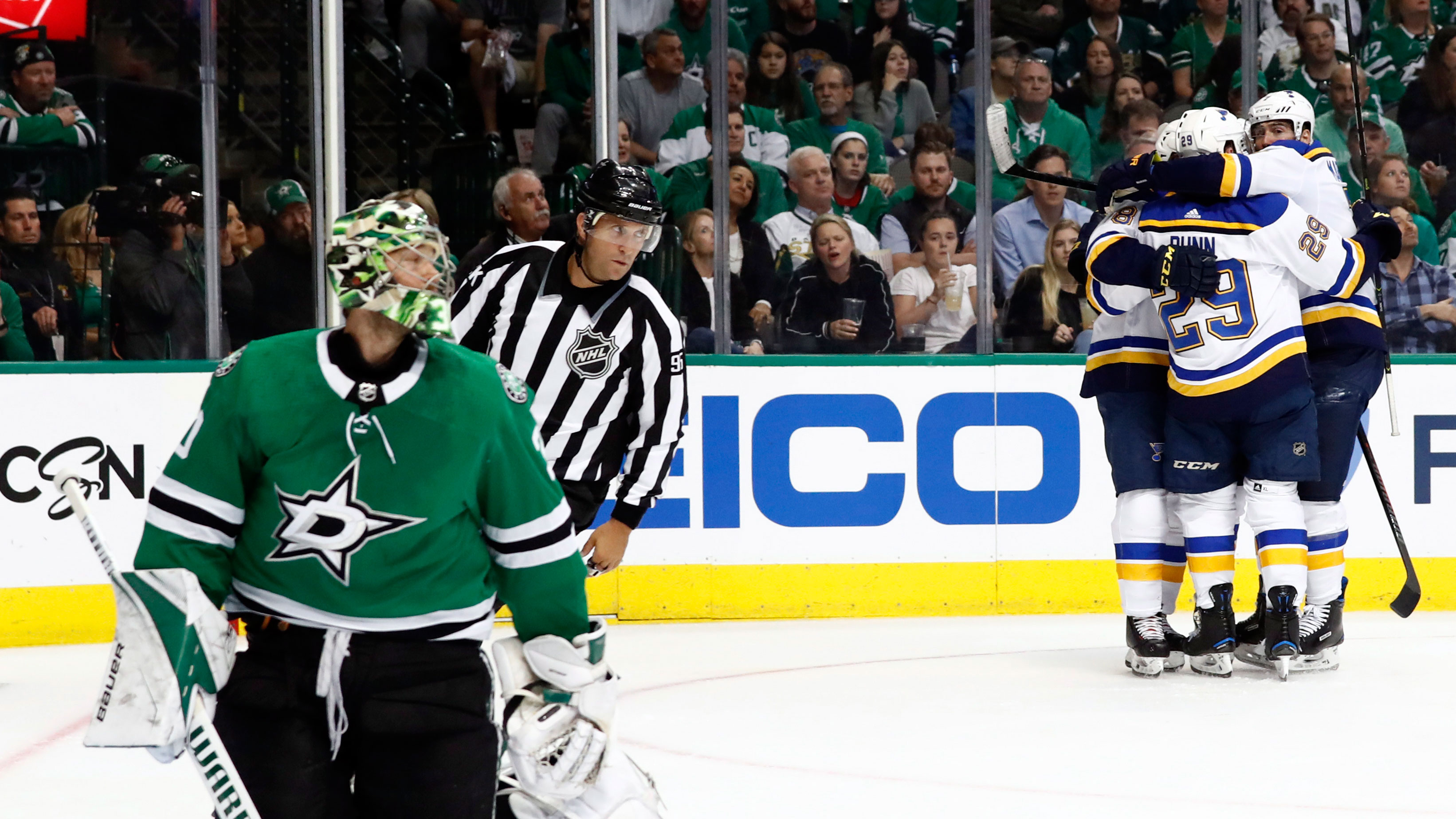 DALLAS – Pat Maroon flicked the puck over the Dallas Stars goalie Ben Bishop with 1:38 left in a wild third period, and the St. Louis Blues won 4-3 on Monday night to take a 2-1 lead in the Western Conference semifinal series,

Maroon second goal of the playoffs came after he collected the puck on the left of the bishop and killed. It ended with a span of a little less than 5 1/2 minutes when both teams scored two goals.

Blues captain Alex Pietrangelo scored his first goal of the playoffs after going without a goal in their last 17 games in the regular season, with 5:36 left on a 3-2 lead. His one timer comes immediately after the power play blues, during which Andrew Cogliano killed a short hand goal to tie the game before 1:18.

Stars once again got on the 3-3 goal Seguin, who was his first point in the series.

Jade Schwartz and Tyler Bozak each had a goal and assist for the Blues, who are still undefeated on the road this post-season after winning all three games in Winnipeg in the first round they won the series in six games. All four road wins have been one purpose.

Jay Bouwmeester help on both goals St. Louis in the third period.

Bishop, who grew up in St. Louis, was prepared by the Blues and made his debut in the NHL for them in 2008, stopped 30 shots.

Game 4 on Wednesday night in Dallas, a series shifts back to St. Louis.