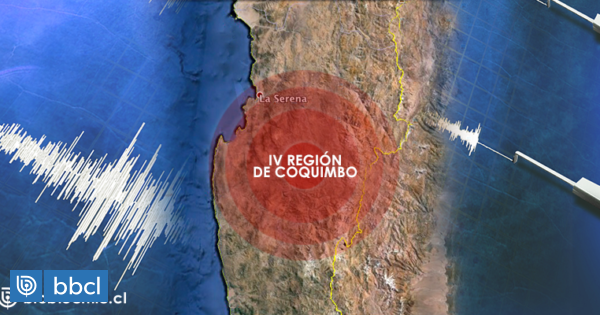 A small earthquake occurred in the region of Caquimbo and Valparaíso

A weak earthquake was recorded in the Coquimba region at 11.51pm on Wednesday night.

In particular, the movement reached 4.4 degrees and was recorded 15 kilometers south of Ilapel, with a depth of about 48.6 km.

According to Onemi, the movement was also perceived in the Valparaiso region, as evidenced by the intensity on the Mercalli scale.

However, no earthquake, no change in basic services or infrastructure was reported as a result of the quake.