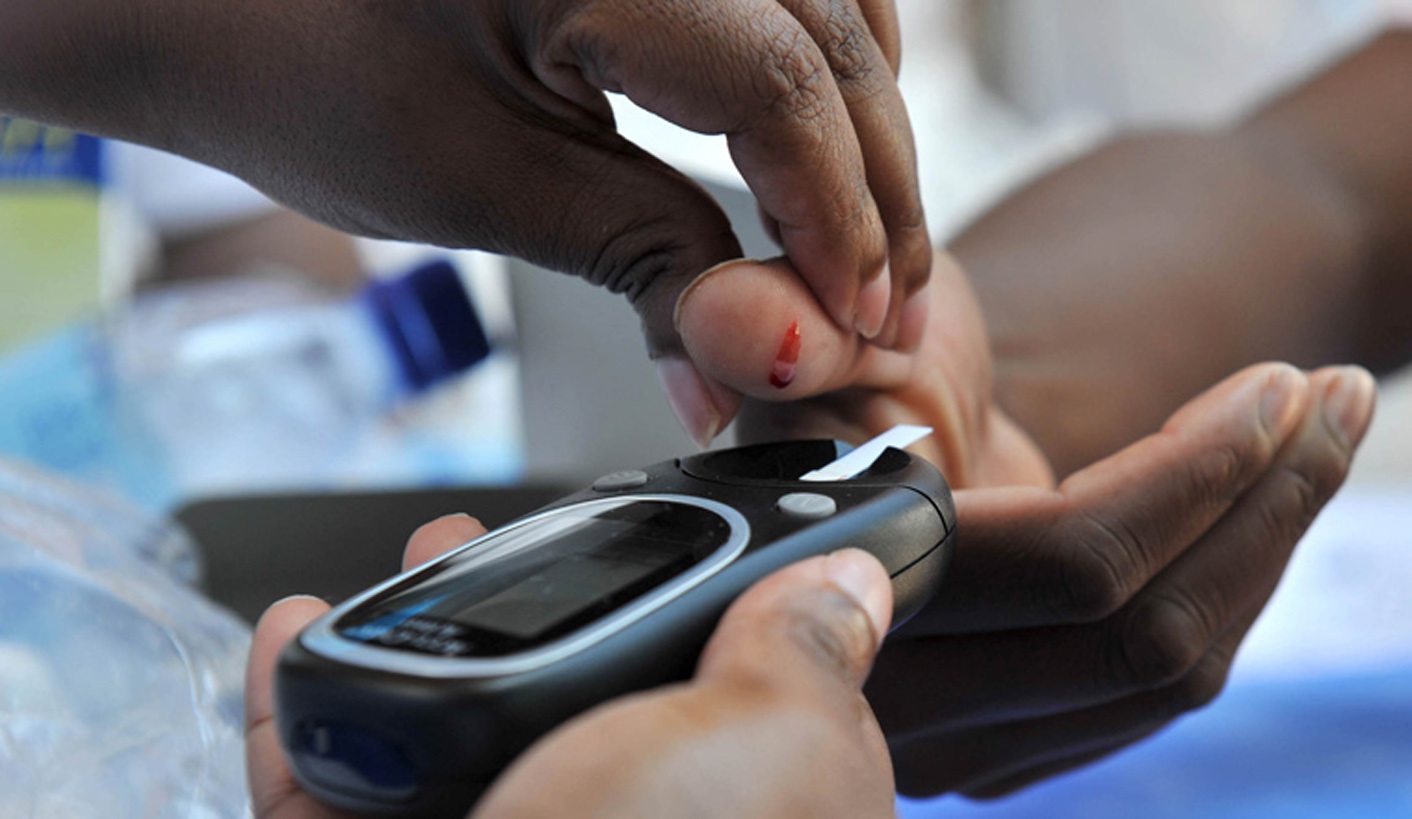 Evidence shows that the risk of developing chronic diseases in adulthood is influenced not only by genetic and adult lifestyle factors; the environment during the beginning of life also plays a very important role. People who live in unfavorable environments and face difficult socio-economic situations can start living with increased vulnerability to diabetes and many other non-communicable diseases.

The International Diabetes Federation (IDF) estimates that by 2030 the number of people living with diabetes globally is estimated to reach 552 million, with the highest number of cases occurring in Africa. In 2015, almost half of all adults with diabetes in Africa came from South Africa (2.3 million), the Democratic Republic of the Congo (1.8 million), Nigeria (1.6 million) and Ethiopia (1.3 million).

In South Africa, 5.4% of the total adult population is 33.7 million people with diabetes, while most of the population remains undiagnosed. This is because it takes up to seven years to recognize the existence of a disease before a person can be diagnosed for the first time. Unfortunately, the longer a person lives with undiagnosed and untreated diabetes, the worse the health outcome, the need for easy access to basic diagnoses for diabetes in primary health settings.

It is therefore important that people recognize early warning signs – including symptoms such as frequent urination, ffeeling very thirsty, feeling very hungry even though you are eating, extreme fatigue, blurred vision and slow cuts or bruises.

Evidence shows that the risk of developing chronic diseases in adulthood is influenced not only by genetic and adult lifestyle factors; the environment during the beginning of life also plays a very important role. People who live in unfavorable environments and face difficult socioeconomic situations can start living with increased vulnerability to diabetes and many other non-communicable diseases.

This greater risk begins with maternal malnutrition during pregnancy, which not only affects nutritional status, but also supplies overall nutrition for the growing fetus, so babies born small for their gestational age.

The subsequent arrest of fat growth and pursuit rather than lean mass during the first years of life is strongly associated with an increased risk of developing abdominal adipose, obesity, insulin resistance and later type 2 diabetes.

Direct and indirect costs associated with lifelong diabetes management can place a large burden on the family unit. Direct costs include total medical care, prescription drugs and special dietary requirements. Further indirect costs occur through absence and inability to work as a result of disability related to the disease. In addition, disease management requires long-term care to control blood sugar levels and their complications through chronic treatment, inventory of diabetes monitoring, diabetes-friendly foods and other basic needs.

Food insecure households without low income find it difficult to manage disease, for reasons including their perceptions and limited knowledge about what to eat, costs associated with health care follow-up, or finding time for recommended levels of training. For people who are not food safe, the high costs associated with managing disease can lead to a low level of adherence to a plan of medical care.

Diabetic patients who are not safe on food are often faced with difficult choices – such as choosing between covering the costs of managing the disease and buying basic household needs. Patients often ignore the disease because they are unable to cope with the potential costs associated with managing it.

Instead, they chose to feed their families. They constantly worry whether they will have enough food to get to the next salary payment. This is even worse among patients living in rural areas, who may find it more difficult to access health care, medicines and other monitoring supplies. All of these factors increase the likelihood of poor diabetes control, which often causes complications such as amputation, blindness, kidney disease and even death.

There is a need for interventions that are affordable, cost-effective and based on the best available science. This should promote healthy food preparation methods using affordable local food, along with exercise. Public health services need to make provisions for better access to drugs and supplies such as blood sugar test strips in primary health facilities. It is important that diabetic patients are given clear information through ongoing diabetes education together with their families.

Given the increasing problems, there is a need for multi-sectoral interventions from all stakeholders. Governments, health care providers, diabetics, civil society, food producers and manufacturers and suppliers of drugs and technology can play a role in reducing the impact of all forms of diabetes. This can be done through:

Dr. Nokuthula Vilakazi is the Project Coordinator for the Early Career Research Leadership Fellowship for Future Africa at the University of Pretoria. World Diabetes Day is commemorated on November 14, after becoming the official United Nations Day in 2006. Today is celebrated on the birthday of Sir Frederick Banting, who co-found insulin along with Charles Best in 1922.

Even though we have your attention …

Commodities that are increasingly scarce, quality independent journalism it costs money, even though it's not that much nothingness can the cost of the global community. No country can live and prosper without truth – That's why it's important.

Every Daily Maverick articles and every Scorpio exposure is our contribution for this unshakable mission. So far the most effective investment to The future of South Africa.

Join our mission to be Maverick Insider. Together we can Defend the Truth.