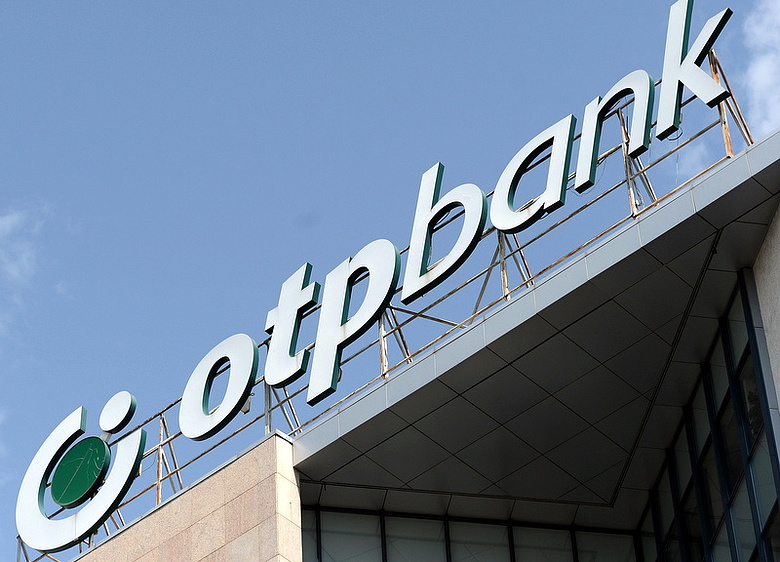 The OTP Bank Group achieved consolidation of 85.9 billion HUF profit after tax in the third quarter, 4 percent lower than the previous quarter and 8 percent more than the previous year, according to a statement issued by the Budapest Stock Exchange (BSE) Bank Group on Friday , International Financial Reporting Standards (IFRS).

The consolidation of post-tax profit for the first three quarters was 240.5 billion forints, 13 percent higher than the previous year.

In the first nine months of this year, HUF 262.8 billion was consolidated after profit after tax was reached, which was 17 percent higher than the previous year, according to a MTI report on the BSE website.

The accounting results for the first nine months were HUF 22.3 billion, of which HUF was 6.8 billion in the third quarter. The biggest item is 5.7 billion for good intentions.

The third quarter's return on equity (ROE) was 19.6 percent, with the kilenchavi index reaching 19.3 percent, increasing from year to year by 0.1 percentage points.

According to the report, the results should be taken into account that the Croatian bank Splitska consolidated only from May and Vojvodjanska banka in December. In addition, the exchange rate of the Ukrainian hryvnia and the Russian ruble kilangav decreased by 6 and 9 percent this year.

After-tax profit increase after nine months of consolidation, mainly due to members of foreign groups. The results of the operations of Ukraine, Croatia, Serbia and Montenegro increased, while the performance of OTP Core also grew, 2 percent, 139.6 billion forints per year, and DSK Bank 5 percent to 38.4 billion forints. Russian operations 18.9 billion 9-month performance forints, which grew 16 percent year-on-year, have included the loss of 3.3 billion kilo forints Touch Bank which was integrated into Russian banks.

With the results of Splitska banka, Croatia's operations reached nearly 21 billion forints in post-tax profits in the first nine months. Operation Serbia recorded a profit of 1.3 billion forints, and the increase was also explained by the acquisition. In the base period, only December's performance of Vojvodjanska banka was consolidated.

Foreign group member profit contributions increased 8 percent year-on-year, to 41 percent in the first nine months, with 45 percent of profit after tax coming from members of foreign groups in the third quarter.

Among the new banks included in the banking group in 2017, Splitska banka's profit was HUF 12.4 billion, while Vojvodjanska banka had HUF 2.4 billion.

The performance of Ukrainian subsidiaries (60 percent) remained circulating in the banking group over the past nine months, but Bulgaria (20.8 percent) and Russia (17.1 percent) also had excellent performance in terms of capital gains (ROE). The ROE of 10.9 percent of the Croatian operation reflects an increase of 2.1 percentage points each year.

Consolidation of operating costs grew 12 percent to HUF 357 billion in the first nine months of this year, excluding hedges in Splitska and Vojvodjanska acquisitions of 6.8 percent.

Among the adjusted yield components for the third quarter, the report highlights that operating profit increased by 7 percent – 7.4 billion forints – compared to the previous quarter, while the total cost of risk (HUF 2.5 billion) only slightly increased in absolute terms. In third quarter income, net interest income increased 12 percent year-on-year, by 5 percent every quarter. Net income and commissions increased 2% compared to the previous quarter, which was mainly due to one item and basic effects.

The Bank Group's total balance sheet at the end of September was 14 362.6 billion forints, with a 14 percent increase in the first quarter of this quarter. The net portfolio of customer loans grew by 4 and 16 percent to HUF 7908 billion and customer deposits grew by 3 and 12 percent to HUF 11 032.7 billion in the quarter and year-on-year. Credit rates that are due for 90 days are 0.9 on the quarterly level, down 4 percent year-on-year to 7.3 percent and up only 1.5 billion forints.

OTP shares are listed in the premium category from BSE, while Thursday's paper closing price is HUF 11,250, HUF 300 higher than the previous day. Over the past year, the highest level of OTP shares was 11,780, the lowest of 9,510 forints.

Information and analysis on this site reflects the author's personal opinions. Scripts that appear on this page will not implement CXXXVIII 2007. Act (Bszt Section.) Part 4 (2). (8) and investment advice below point 9.

When making investment decisions, the feasibility of an investment can only be determined by the tests of individual investors, which this site does not do and is not appropriate. Therefore, for every investment decision you need to know more details and more resources, consult your personal investment advisor if needed.