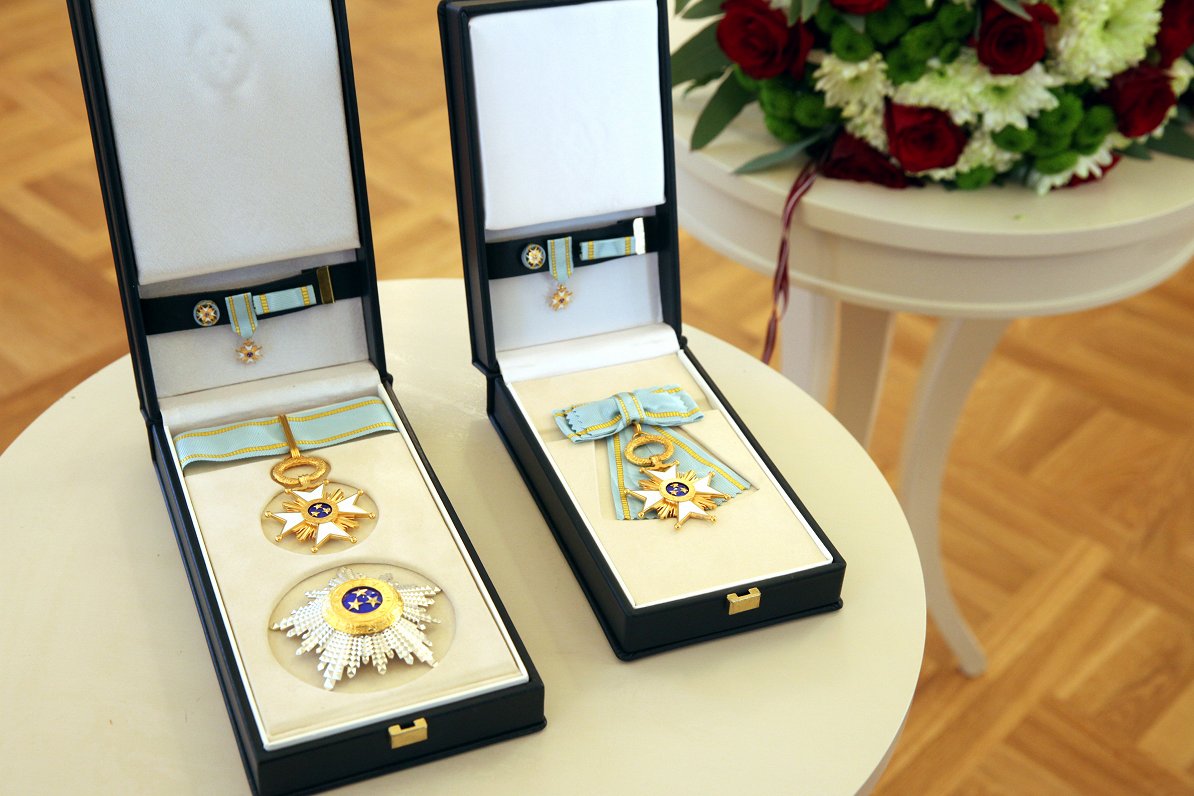 The highest Latvian state award – Three Order of Stars, Order of Viesturs and Recognition Cross – is one of our historical pages in Latvia. From the moment their foundation to this day, they talked about people whose words and work for the interests of the Latvian state were remembered and praised and whose names, after receiving state awards, were recorded in Latvian history.

Every job of an honest person is a gift for his country and his future.

This time, the Capitol of the Order was awarded the Three Star Order for Rome's Class 2 Archbishop, Metropolitan Zbignov Stankevich, and Bundestag President Wolfgang Skaidel Germany, because of their special reward for the interests of the Latvian State.

The Third-Star III Class was awarded to the organist Iveta Apkalī, the Latvian Ambassador to Sweden Marģerim Kram and the Executive Director of Riga City Jurim Radzevič.

Awards are also given to many others.