This is official: Azmin defeated Rafizi, Anwar assumed the presidency 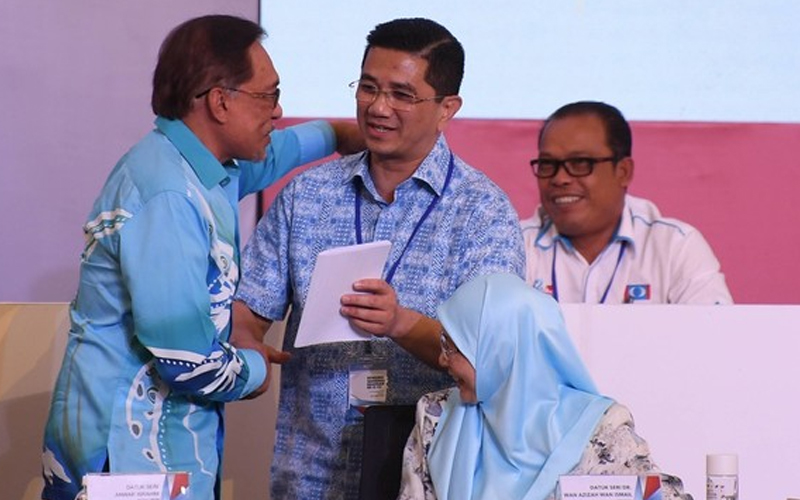 Official results from the PKR poll were announced by the head of the central election committee (JPP) of Rashid Din's party during the closing of the PKR national congress this afternoon.

Previously it was also announced that the chairman for the new term was Ahmad Kassim from Kedah. Othman Karim from the Federal Territory is called his deputy.

The PKR election, which took place from September 14 to October 10, saw around 800,000 PKR members take part in voting in 218 national divisions. This is the first PKR election after the May 9 general election.

On Friday, Haniza Talha was announced as the new PKR Women's Chair with Dr. Daroyah Alwi as her deputy. Akmal Nasir is now the PKR Youth Chair and Muhammad Hilman Idham, his deputy.

The PKR election saw a fierce battle between Rafizi and Azmin, who both argued for the position of vice president. The party was seen divided into two "camps" during the election.

Elections, which are considered the longest in the country for parties, have also heard complaints about a surge in membership in several divisions, hacking on tablets used in e-voting, and claimed voting.

Arsenal’s victory at Southampton, replacing the defeat at St. Mary’s three days earlier, suggests that the goals of the “gunners” are greater than in the FA Cup

Cavadis is not allowed to accompany the procession of chariots

Microsoft’s way back to raising prices on Xbox Live Gold