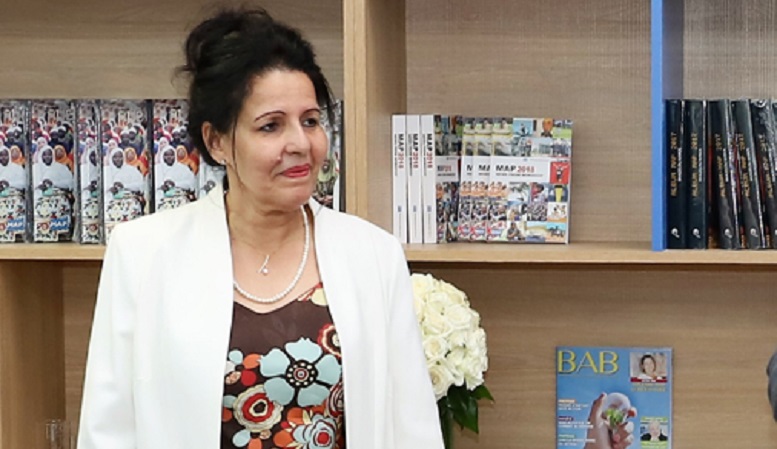 Ms. Bahia Amrani, President of the Moroccan Federation of Newspaper Publishers (FMEJ), will tomorrow Monday MAP Forum on "Restrictions on the organization of press in Morocco: from the management of" directly to the self-organization. "

This forum, which is a & # 39 is part of a series of meetings, organized in honor of the 60th anniversary of the SDA, it will be an opportunity to discuss the evolution of the press in the light of economic and social change. media field, and this creates major problems for a variety of the sector stakeholders.
The meeting also will discuss various issues and problems associated with the transition from direct management of the press sector to organize themselves, particularly in the promotion of enterprise in the field of media and strengthening. its independence, respect for professional ethics and guarantee the rights of journalists.
MAP forum also will be an opportunity to emphasize the role FMEJ in the sector of self-organization and the efforts that the Federation is working for it.
The sixth of its kind, after the leaders of the Minister of Culture and Communications, Mr. Mohammed Lara, former Ministers of Communications NN Nawal Mohammed Benabdellah, Khalid Nasir Mustafa El Half, writer and journalist Mohammed swells, this meeting will be broadcast live over the MAP-Live Online "mapexpress.ma" and MAP accounts in social networks Facebook, Twitter and Instagram.
At this meeting, simultaneous translation into French, which will be held at the Agency's headquarters in Rabat will be provided from 09:30.
Forum MAP – this space to discuss current political, economic, cultural and social issues. We invite representatives of government agencies and individuals from different walks of life.