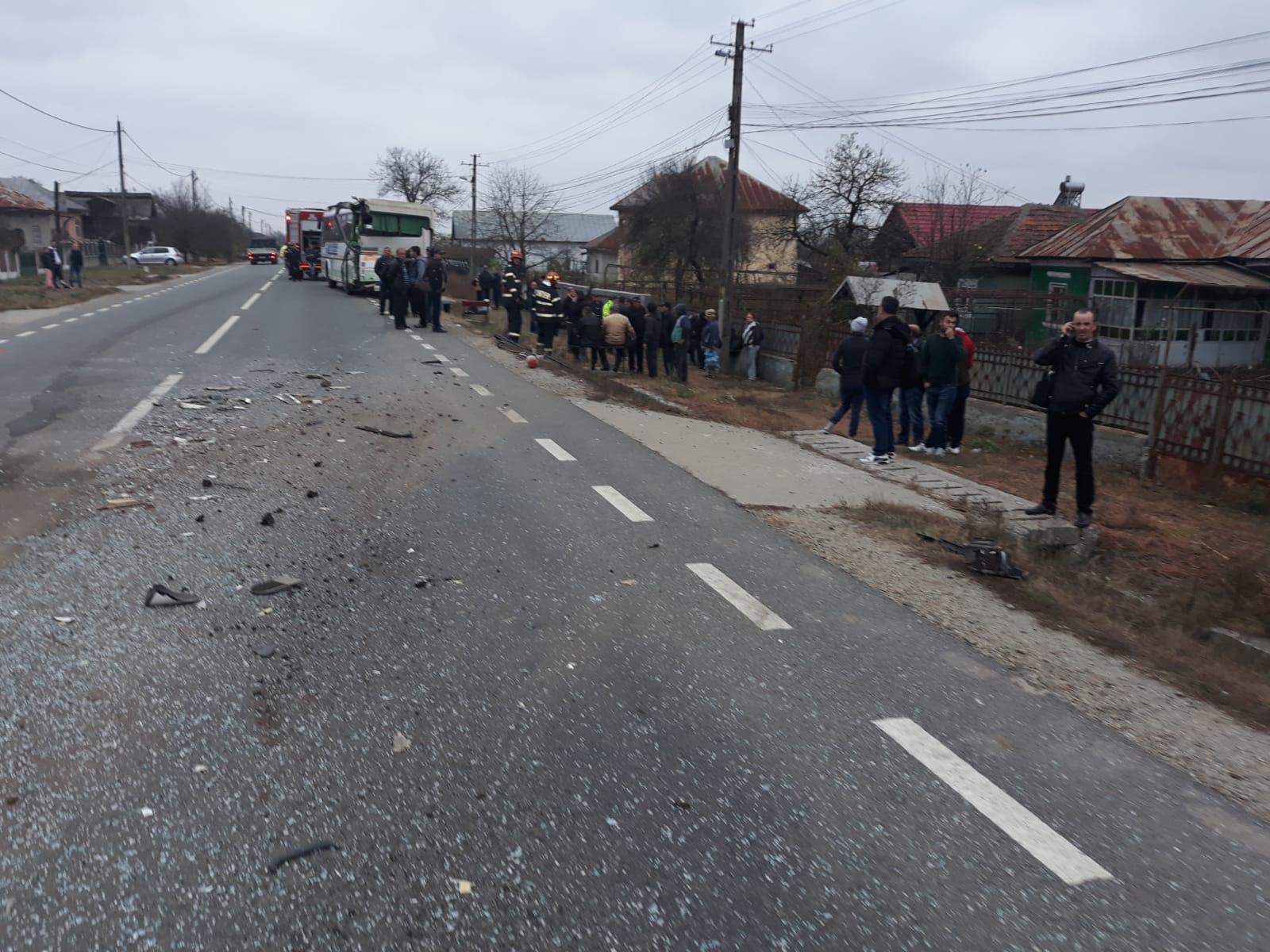 Dozens of people saw their deaths this afternoon after the trainers where they clashed violently. The impact occurred on DE 79, in the Brăneşti region, which is located in the Gorj area. Only a miracle that makes all travelers live. Eight people on the mastodont were transported to the hospital. The victim is an employee of the Oltenia Power Complex.

"Five people were taken to Turceni, five to Philiaia. All the wounded were men. One of them was injured in a serious condition", said Florin Chisim, spokesman for ISU Gorj, according to Mediafax.

The two trainers involved in the accident were 80 employees of the Oltenia Power Complex. According to the first investigation conducted by road police officers, the cause of the accident did not track the distance.