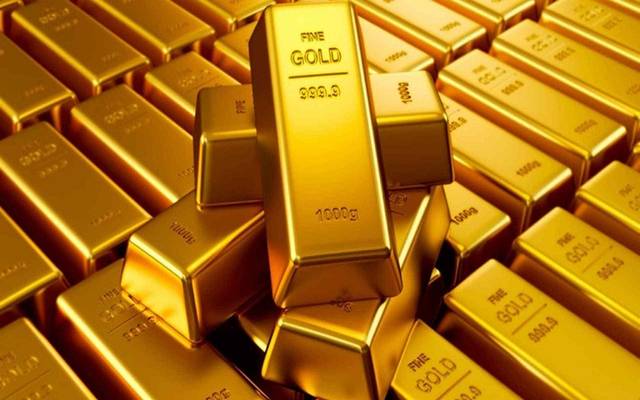 Mubasher: Gold prices rose for the first time in five sessions at Wednesday's close, with the yellow metal rising around $ 9 with the US dollar and equities falling.

The yellow metal rose after US stocks fell during today's trade, and the Dow lost around 300 points.

The rise in gold came amid concerns about slowing global economic growth amid negative data on the economic contraction in Germany and Japan.

The yellow metal has been pressed in the last session with the strength of the US dollar, which hit 16-month highs amid rising expectations of higher interest rates.

Economic data released today showed accelerated inflation in the United States at the highest pace in 9 months in October.

During the same period, the main dollar index, which measures the performance of the currency against 6 major currencies, fell 0.06% to 97.252.