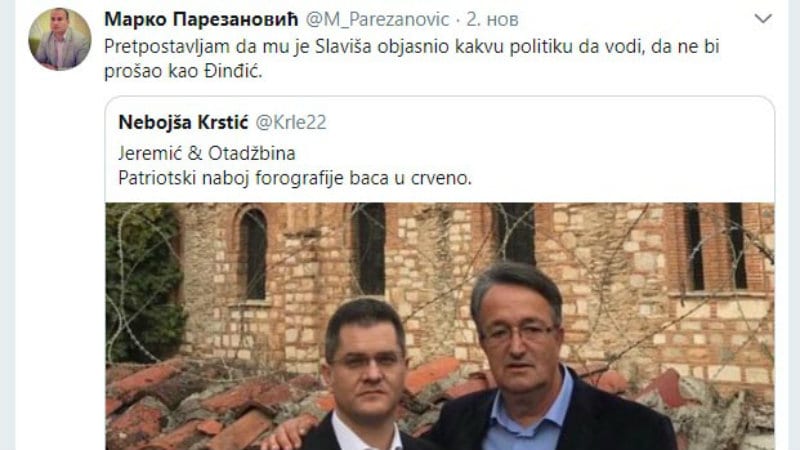 Miroslav Aleksic, the People's Party's first deputy chairman, said today that leader Vuk Jeremic led an identical hunt as it was leading against the dead Serb leader of Kosovo Oliver Ivanovic and that judicial authorities had to react. 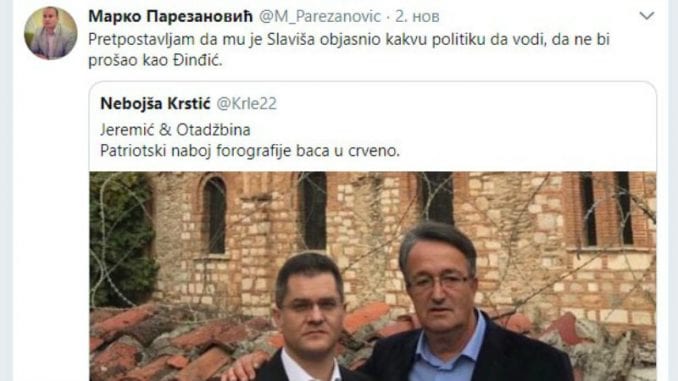 In a letter from the People's Party it was estimated that people were faced with death threats and, to support this, quoted a tweet from SNS representatives, Marko Parezanovic.

"Serbian Progressive Party MP Marko Parezanovic, on Twitter, along with photos of Vuk Jeremic and Slavisa Ristic, former municipal president Zubin Potok, was shot in front of one Orthodox monastery in Kosovo, published a comment" I think Slavisa explained to him what kind of politics which he will live. passed like Djindjic, "said the people.

"In addition to the tabloids, whose lies are supported by Serbian President Aleksandar Vucic, we now have threats from the deputy and high ranking officials of the Serbian Progressive Party sent to Jeremic. The public prosecutor's office needs to respond immediately, because in recent history we have cases when the threat come true, "Aleksic said in a written statement.

It is also suspected that the People's Party will file criminal charges against Bozidar Popovic, Milos Antiic and two other people who carried out violent behavior and threats to security when they were beaten on November 4 by president GO Vranje, Djordje Ristic and Vice President Dragan Pavlovic.

It is also suspected that SNS did not advertise on the occasion of the incident in Vranje that occurred on November 4 on election day for national minority councils. Only the Vranje City Administration was notified, arguing that "Ristic and Pavlovic insulted and provoked the president and voting council members and physically attacked and beat the voting council president Bozidar Popovic."