Home / turkey / "Gypsy Hope" 44 people were detained in the operation

"Gypsy Hope" 44 people were detained in the operation 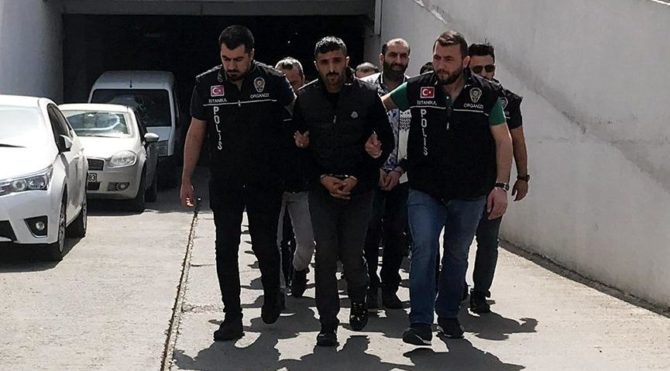 Organized teams Crime Istanbul Terror Directorate department, the management remains in prison than any other crime "Gypsy Hope", nicknamed Umit Sherge of a criminal organization Bağcılar, Bahçelievler, threatening Güngören and Zeytinburnu citizens have a weapon, drug sales are doing and oppose armed threatening surgery It was organized on April 18 by determining what is involved in many activities.

Part of the operation 52 people were detained. 15 looking for addresses of suspects pistol, one shotgun, one long-barreled rifle, vest, two fake identity and quantity of drugs seized 2 thousand 215 bullets and cartridges. Seized from the suspects were shot material used in bulletproof vests and drew attention to the conflict poisonous bullets.

The fight against organized crime in the Department interrogation Vatan Caddesi completed, still brought in for questioning in prison, "Gypsy Hope", named Umit Chergui, who were taken to the building Bakırkoy court in the morning 52 people, among them. 44 suspects were arrested, 6 were released on condition that judicial control of a total of 8 people. DHA