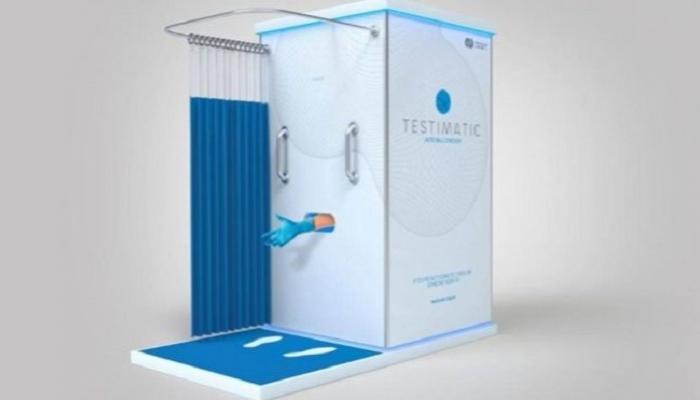 Testicular cancer is the most common type of cancer among young people in Western countries.

The kiosk will be launched this weekend at the Big Boy Expo, a major exhibition on all things that men should pay attention to – cars, equipment, sports, and construction equipment.

What happens inside the kiosk is not a kind of high-tech examination, but there is an experienced urologist sitting in a kiosk, checking you through a small hole, and within minutes you can leave, according to the BBC.

This project is in line with the aim of the New Zealand Testis Cancer Control Association to increase disease awareness, which has a very high recovery rate when detected early, with a cure rate of 90% to 99% if detected early.

According to the National Health Service in the UK, this type of cancer is the most common, among men between the ages of 15 and 45, but shows that testicular cancer, in itself, is "one of the most common types of cancer."

Data shows that 2,200 men were diagnosed with testicular cancer, in the UK every year, but most men avoid testing to avoid embarrassment.