Home / ukraine / These five-year crossovers, which are smaller than the others lose in the price 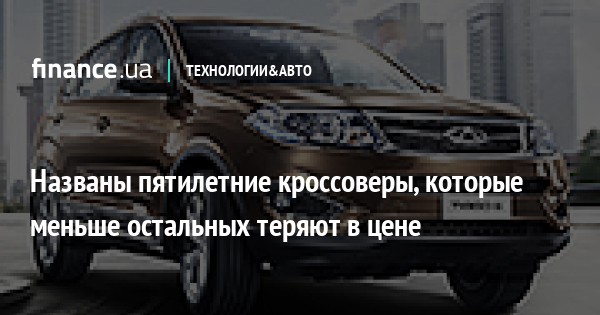 According to a new study of the analytical agency "AUTOSTAT", including crossovers, five years after the purchase is less likely to lose in the price of Toyota RAV4, Mazda CX-5 and KIA Sportage.

Five years after the purchase of a brand new Toyota RAV4 he keeps from 88.7% to 107.7% of its original value, depending on the configuration. Ie the five-year RAV4 in some cases (as standard with a 2.0 liter gasoline engine producing 146 hp, which works together with a six-speed manual transmission) costs even more expensive than a brand new model of five years ago. It is the only five-crossover, which can sell for more than it was bought.

KIA Sportage five years after the purchase saves 82,2-92,3% of its original price. The most relevant wheel-drive version with a diesel engine producing 185 hp, which works together with the 8-step "automatic".

These three crossover is better to buy in case you need to go to them for at least five years. They are less likely to lose in price. Also, relatively few lose value such crossovers as Nissan X-Trail, Mitsubishi Outlander and Volkswagen Tiguan (from 66.8% to 84.4%, depending on equipment).