A lack of intensity, aggression and poor positioning 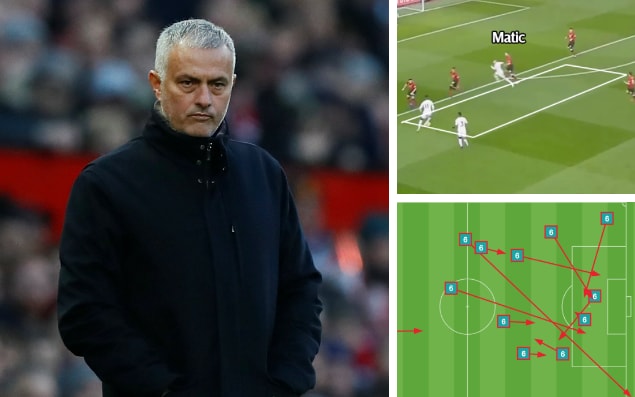 United had the players on the pitch capable of a similar counter-attacking strategy but appeared stuck between trying to meekly control possession against a Palace side sat deep, and wanting to be the team who plays without the ball.

Sometimes the midfield would move the ball too slowly while at others, forced forward passes simply handed the ball back. Without desire and intensity to win and chase those balls down, Man Utd were neither building dangerous attacks nor hurting Palace in transition.

Nemanja Matic has had a weird season. In this game he played the role of the 'six', sat between Pogba and Jesse Lingard in midfield and tasked with protecting the two centre-backs. He was easily outmuscled to let Zaha lead a counter-attack in the first half and was tricked, then held off it, by Townsend in the second, saved only by a lack of right-footed shooting ability from the Palace forward.

Matic was not alone. On several occasions Palace players were allowed heaps of time to bring the ball out from the back, something Mourinho criticised immediately after the match. "We gave them moments where they could breathe, could relax, they had time," said Mourinho after the game. "We did not press enough."