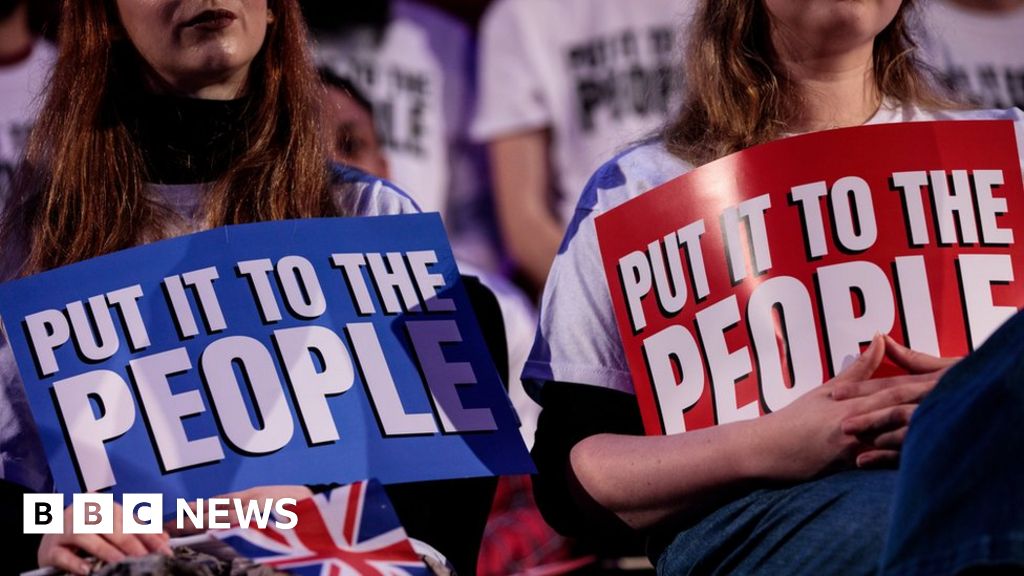 Labor's governing body will meet on Tuesday to discuss whether to call for a public vote on Brexit within its European election manifesto.

The National Executive Committee is divided between the holding of a referendum on any transaction; holding each with reservations; or rejection of the idea as a whole.

The party is also in talks with ministers to try to agree on a deal Brexit and break the deadlock in Parliament.

The EU has set a new deadline of 31 October for travel in the UK.

But Theresa May said the UK could leave early – and avoid the European elections – when the deputies will be able to agree on a deal until 23 May.

Work agreed at its last policy conference that if the parliament rejected the government's proposal or negotiations ended nya-transaction shall be a general election.

But if he can not get one, he said, the party "must support all options remain on the table, including the company to a public vote."

Deputy leader of the party, Tom Watson, urged members to contact the NEC and called them back, "confirming referendum" on any transaction.

But the shadow of international trade Secretary Barry Gardiner said it will be a change in Labor's policy, which is to "try to put on what people voted for."

"There's obviously a debate going on," he said.

After the meeting of the parliamentary Labor Party on Monday night, Deputy Neil Coyle – supporting public vote – he said, he lost 500 members in his constituency on the issue.

He said that the NEC should "stand for members or members wait to leave", arguing that they could join Change UK – The Independent Group in place, which is fighting for the people's vote.

Shadow Attorney General Labor Shami Chakrabarti said that for workers frontbenchers, Brexit involved in negotiations with the government to tell the NEC was "every hope now smart jobs first Brexit deal" or "the only way to break the deadlock with a & # 39 is It confirms the vote. "

Recent talks between the government and work on Monday described as "positive" and "productive" in the category of PM de facto deputy.

Speaking afterwards, Lidington said he was "encouraged" feeling on both sides of the "should be given more relevance" in the negotiations.

secretary shadow protection Labor Sue Hayman said it was "really constructive discussion" on both sides "get much more into the nuts and bolts details" and says that she thinks that the government was "open to move forward in this direction."

Inter-party negotiations take place within a few weeks after Theresa May Brexit deal with the EU was in fact rejected for the third time deputies.

Mr Lidington said that there will be further meetings between the sides this week.