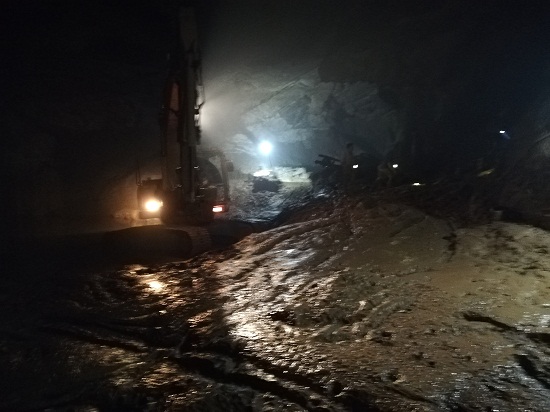 Until now (14/11), gold mining rescue forces at Hoa Binh had found a car led by Mr. Truong Cong Chanh far below the mud.

According to preliminary information, at 9:00 p.m. on November 13, excavators of search forces had touched a metal object suspected of being a gold miner sinking beneath the mud.

On the afternoon of November 14, speak with reporter Mr. Tin, Mr. Nguyen Van Hai – Deputy Chairperson of the Lac Thuy People Committee – The head of the rescue and rescue team confirmed the car. Excavators and drivers have not been found. At the same time, search and rescue rescue is still being exchanged for labor force 24/24.

Thus, after 11 days of search efforts, the rescue force found the victim was Mr. Truong Cong Chanh from Thanh Hoa province in the car. There were still victims who trapped Bui Van Tho with an excavator.

As reported earlier, an illegal gold mining factory was hit by a massive explosion at 2 am on November 4. The gold mine site collapsed 10 km from the center of Thanh Ha Commune, Lac Thuy District, Hoa Binh Province. Inside the cave there were 01 excavators and 01 cars with two drivers stuck in gold, including Bui Van Tho (SN 1990, in commune Thanh Nong) and Truong Cong Chanh (SN 1992, household registration of Thanh Hoa province). )